It’s a new year, and for us at the Gunnie Moberg Archive it is a very important year. The funded part of the project will come to an end in March this year. Thank you to Heritage Lottery Fund for their support for the project. The grant was made to establish the archive and now that is it well and truly established we look forward to seeing it grow in all sorts of directions.

With thoughts of growth and renewal we have turned to Gunnie’s garden at the Don for some inspiration this week. Gunnie’s North Atlantic taunting paradise was an unlikely garden. Established just a field’s distance from the shore, battling with the salt laden winds, the garden blends wall and weed, wild and cultivated.

Gunnie Moberg:Double exposure images made in the garden at Don. These ones date between 1996 -2003. The scans are made from Gunnie’s test prints.

The Beechgrove Garden came by once to film Gunnie in her garden and acknowledge her achievements.

Some of Gunnie’s garden plan drawings can be found here. This early postcard of the Don shows the situation of the croft.

This aerial photograph shows the transformation of the garden at the Don.

In the archive there is a card inside a handbook of plants from Garden designer Beth Chatto. In it she tells Gunnie ‘You are brave (mad?!!) to be thinking of gardening in those beautiful wind swept places’.

‘As soon as I saw your lovely card it rang a bell, even tho’ I did not at first remember your unusual name. Last summer I was with Christopher Lloyd and Bob Sedey in Shetland, and they were telling me of you and your photography, and how you have told them of places to visit. So last night I rang them both, and told them about your card to me. Christopher also told me you are a friend of Colin and Kulgin, so although we have not yet met I feel with you, and them, part of this charmed circle of dear friends.
You are brave (mad?!!) to be thinking of gardening in those beautiful wind swept places. But here is my catalogue and my hand in friendship.
Sincerely Beth Chatto’

The Shetland times carried an article in December 1993 titled ‘Green-fingered Orcadian stamp personalities on land’. Gunnie was one of the three gardeners featured. (The full article can be found at the bottom of the page)

‘Nothing but ocean lies between the east coast of Canada and Gunnie Moberg’s garden near Stromness. Of the three gardens I have chosen, this is by far the most exposed. It is first and foremost a photographer’s garden. Gunnie has composed a series of pictures, some airy and flowing, others clear and disciplines, but all laid on with broad strokes of the brush. She uses plants in large quantities, bold groups of just one kind, massed together for maximum impact or spread over wide areas with rhythmic repetition.’

When photographer Pradip Malde visited Tam, Gunnie’s husband, at the Don following Gunnie’s death in 2007, he made some portraits of the garden. Three of these garden photographs, beautiful images of loss and of keeping are in his new book ‘I Have Gone’. Pradip’s dedication in the book reads ‘In memory of Gunnie Moberg 1941-2007’. He has given his kind permission to reproduce those images here. 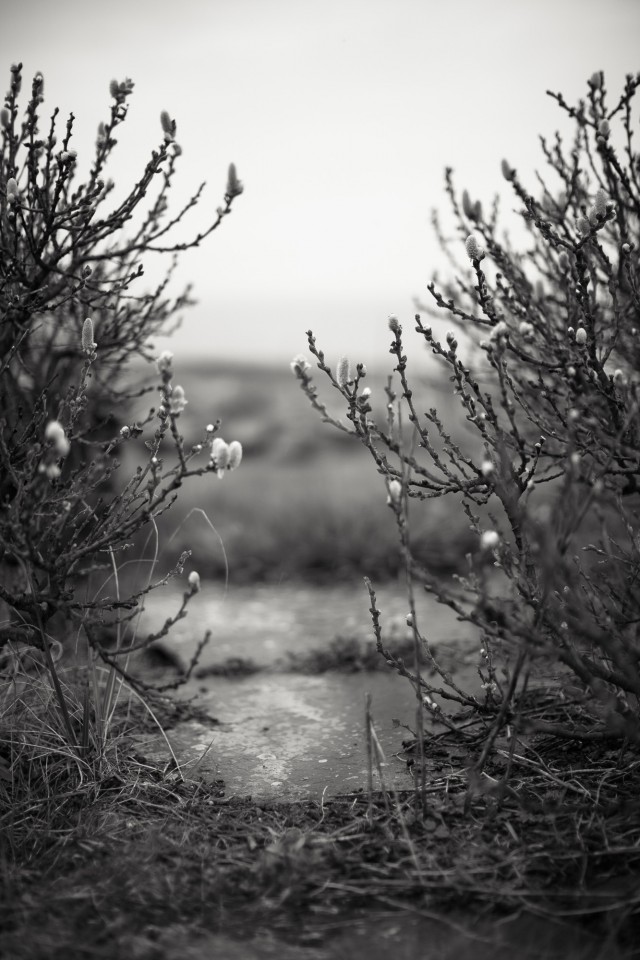 Pradip, who is based in Tennessee,  is one of the Gunnie Moberg Archive Advisory Group members. The other two members of the group are: photography academic and curator, Sara Stevenson and photographer and educator Robin Gillanders.

One of the Gunnie Moberg Archive board members*, photographer, poet and publisher Alistair Peebles, has also made work in Gunnie’s garden. He has written about her garden and its location in relation to the Billia Croo renewable energy test site – link here.

Gunnie’s garden winds through the film made in her wake, where her friends talk about her love of the garden at Don. 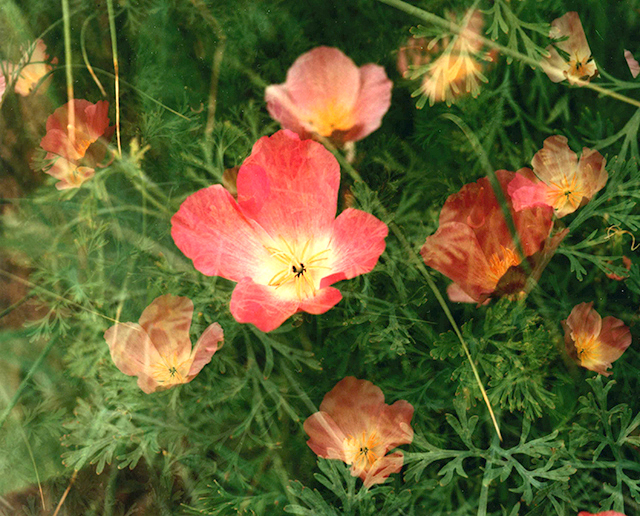 The full extract from the Shetland Times feature. We believe the piece was written by Rosa Steppana. Rosa’s obituary for Gunnie can be found here.

‘Nothing but ocean lies between the east coast of Canada and Gunnie Moberg’s garden near Stromness. Of the three gardens I have chosen, this is by far the most exposed. It is first and foremost a photographer’s garden. Gunnie has composed a series of pictures, some airy and flowing, others clear and disciplines, but all laid on with broad strokes of the brush. She uses plants in large quantities, bold groups of just one kind, massed together for maximum impact or spread over wide areas with rhythmic repetition. The garden blends with ease into the surrounding landscape of shimmering summer grasses and tall herbs. It has a spacious, open feel and on the day I visited, the metallic blue of the sea and the soft blue of the sky formed a perfect background for the striking outlines of cortaderias and phormiums. Grasses feature prominently as incidentals, for their softening effect, or a slarge strands of several species crammed into one bed. In this garden plants are chosen for a specific purpose. They are strong design elements in themselves and the most unlikely are used to startling effect. I can think of few gardeners who would fill the ruin of an outhouse with rosebay willowherb and horseradish, or plant a Californian tree poppy bang in the middle of an exposed site. Gunnie does and it works.

The garden starts high above the house. An informal, curved border, planted with rugosas, willows, grasses and large groups of bold, colourful border perennials, runs alongside a wide, lawn-flanked drive. The tall flame-red Crocosmia ‘Lucifer’ features prominently, as a solo-performer or with the stately yellow Inula hookeri, kniphofias and white Shasta daisies. The garden is cleverly divided into several compartments by grass paths and broad flights of steps. A simple stone bench was George Mackay Brown’s favourite spot and has been named ‘The Poet’s Seat’ in his honour. It sits snugly between tall grasses and a wide carpet of New Zealand burr and affords breathtaking views: an endless expanse of glittering water and just to the south, the mist-shrouded island of Hoy. Most planting is below head height, a fine balancing act between creating a modicum of essential shelter, while allowing sweeping vistas of the surrounding pasture.

The planting in front of the house is sparse and highly disciplined, a paved terrace softened here and there with bolsters of sea campion and bordered by a curved row of woolly willow behind a low drystone dyke.

This is a highly individualistic garden, with a fine mic of wide, open spaces and dense, jungle-like planting. Gunnie shares her house and garden with husband Tam McPhail and Baby Don, a magnificent black tomcat.’

Reproduced with the kind permission of The Shetland Times.