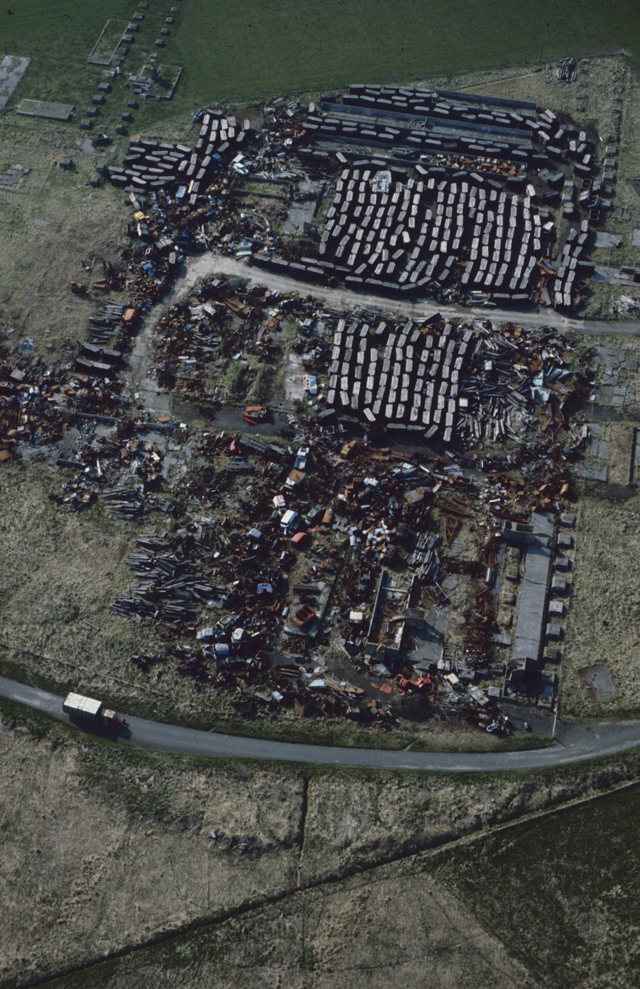 That’s six boxes of Gunnie Moberg slides all scanned and digitally preserved for the future. Three thousand images so far. Each box holding 500 slides in archival sleeves. Through those 500 images you can be taken anywhere – far up, close up, meeting people, animals, birds, in Orkney, Faroe, Shetland.

Here are ten from box six from the free-ranging photographer Gunnie Moberg. 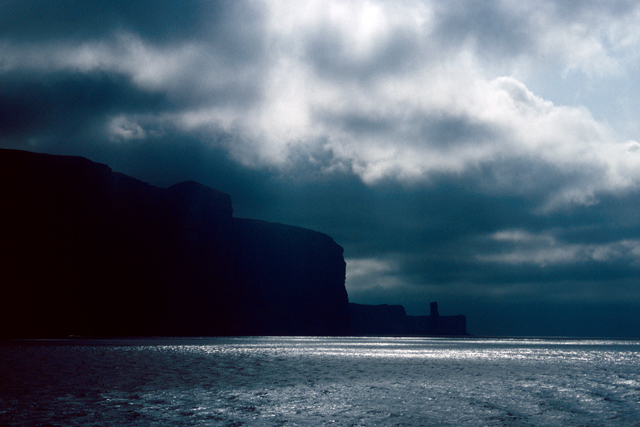 Hoy solid against a changing sky, the Old Man in the distance. Gunnie made a lot of photographs of Hoy, the valley of Rackwick and the circle of artists who frequented it, the Dwarfie Stone and the shore line, its coastline from the sea and from the sky. 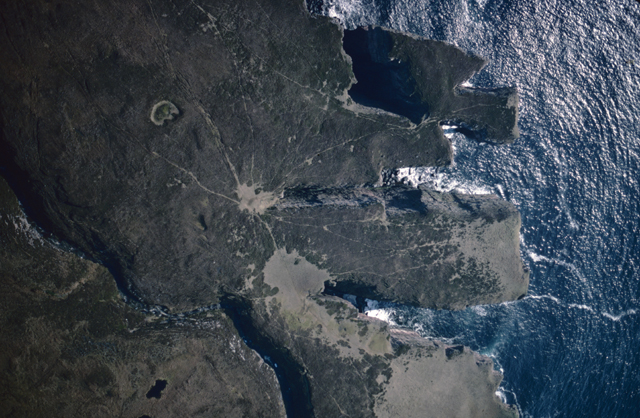 Back on mainland Orkney, in its capital Kirkwall, here is the Earl’s Palace. 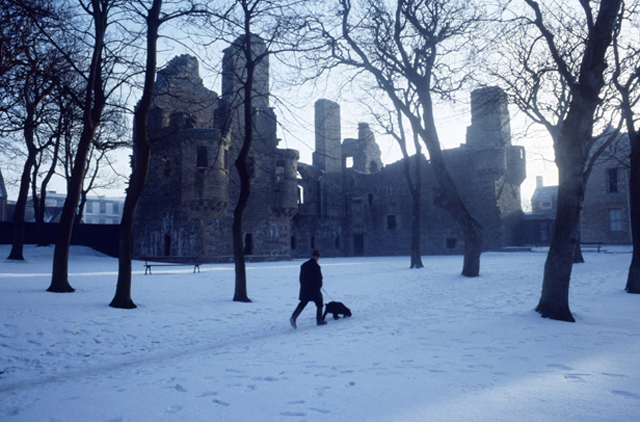 Now in Stromness at its South End, close to the home of writer George Mackay Brown, a yellow boat shed feels the force of a stormy sea. A story in a photograph, boats hauled up on wet flagstones under a sky full of weather.

Still in Stromness. Now a lavender sky holds a full moon above a pale blue shed. In the darkness, the faint shape of creels pile up. Gunnie tells us what she has photographed, she has written on the slide mount. It is a smoke house. 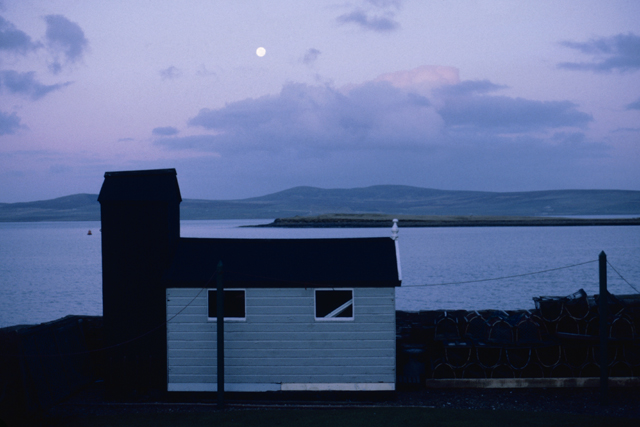 Stone, its textures, colours, shapes, even character, is a subject that the artist returns to in her body of work. The book Stone, published in 1987 by Colin Hamilton and Kulgin Duval in an edition of 125 copies, is a beautifully crafted publication of Gunnie’s stone photography and George Mackay Brown’s stone poetry. You can spend time with this coveted book in The Orkney Room at Orkney Library & Archive. 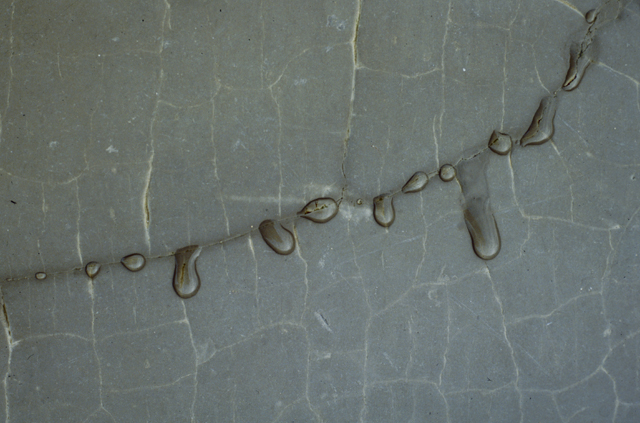 Tattered transparent plastic makes a surprisingly beautiful nest for a broken egg. Gunnie’s image of these objects – beyond their use, finished with – gives them a quiet dignified beauty. 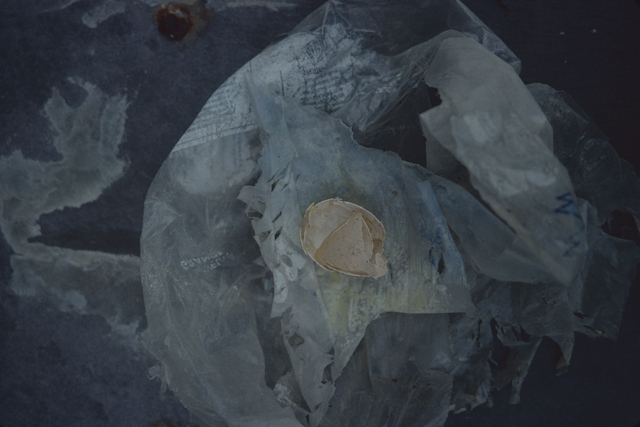 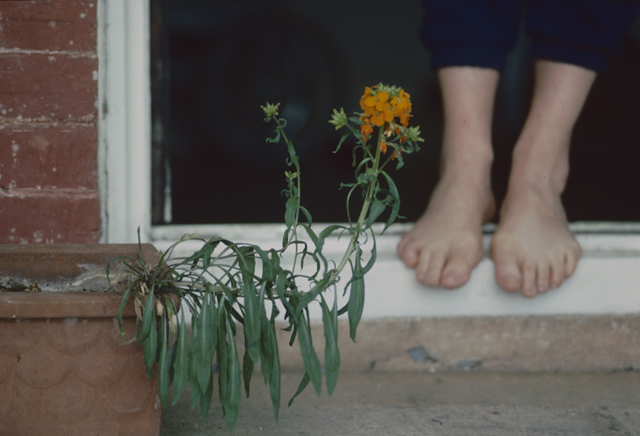 The composition of this photograph, the balance. The focus is with the orange flowers of the tenacious weed, stretchings itself, surviving, being startlingly pretty against the black, picking up on the tone of the red brick. But the real focus seems to be the woman who owns the disembodied bare feet. Did she also survive and thrive elegantly in unexpected ways?

But here in box six is surely one of Gunnie’s most beautiful images, one of the very few she hung in her own house. ‘Summer Cow’ or sometimes titled ‘Midnight Cow’, taken in Shetland. Her name Sigrid, she belonged to a West Mainland Shetland farming postman. She owns her own portrait. 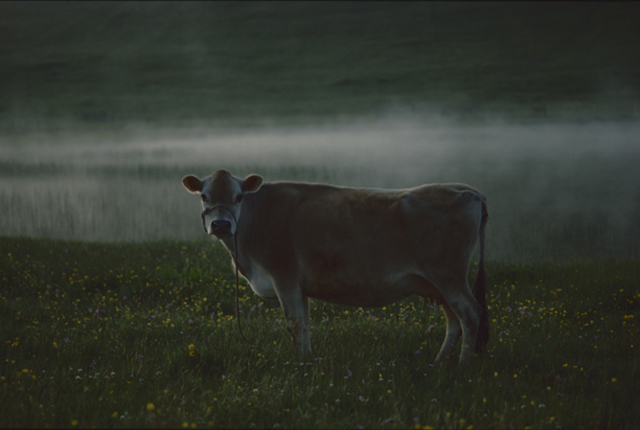 What will box seven hold? Thank you to Gerry and to Keith who have both worked on box six.

One thought on “Ten from box six”