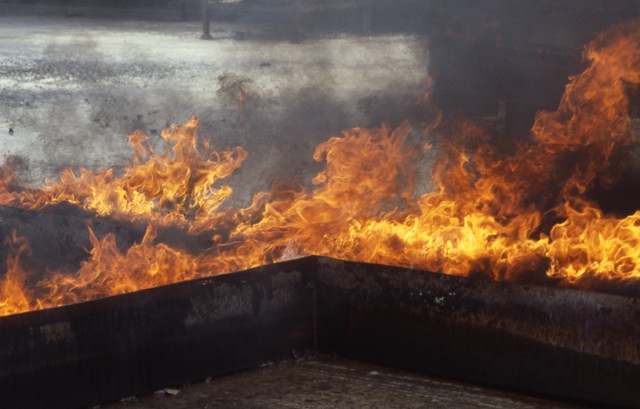 Gunnie Moberg arrived in Orkney setting things alight. When she moved here with her family in 1976, she had chosen an interesting time to settle in Orkney. One of the changes she documented was the arrival of an oil terminal to the island of Flotta. The Piper oil field had been discovered in 1973 and Flotta was chosen for a terminal site. Sixty years or so earlier the Grand Fleet had anchored in Scapa Flow and now Flotta was chosen again for the deep and protected anchorage in the waters around the island.

This span of activity is reflected in the event happening in Flotta this Thursday. Orkney Library & Archive has teamed up with Shetland Library to generate a programme taking place on 24 islands in 24 hours. Find out more here. The Flotta event teams up war heritage through the medium of knitting (local author Elizabeth Lovick on WW1 patterns and their history) and the arrival of oil through readings from Willick and the Black Black Oil accompanied by Gunnie Moberg’s images of the early days of the oil terminal. 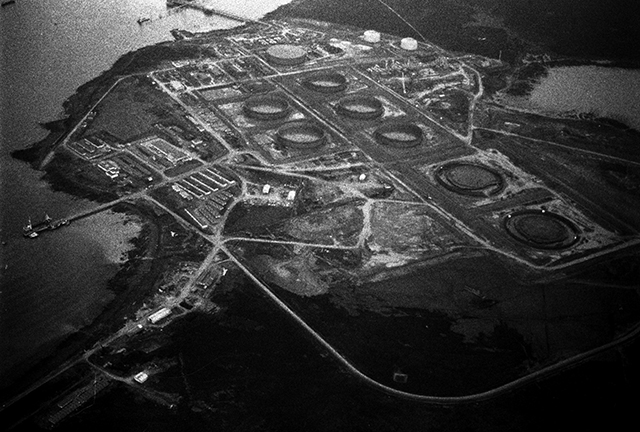 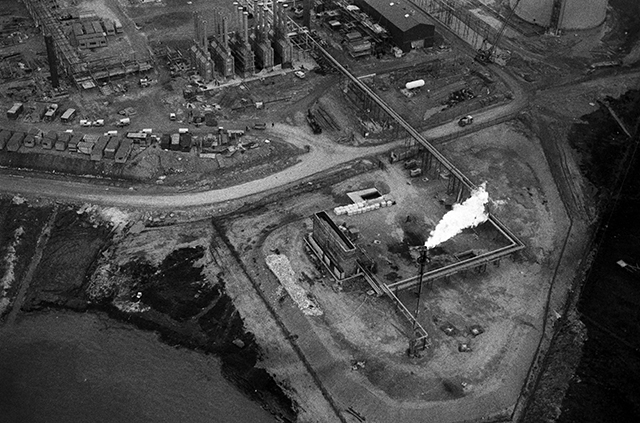 In her book with Liv Kjorsvik Schei The Islands of Orkney (2000), there is mention of the character ‘Willick o Pirliebraes’ who inhabits the dialect tales of local author David Sinclair. Willick is fairly bemused by the arrival of oil to Flotta but attracted by the prospects that big industry on a small island might bring to a crafty crofter.

We will also be showing some of Gunnie’s photographs exploring the surprising beauty to be found in fire training exercises at the terminal. Grey smoke like a Blue Persian cat’s coat.

Travellers from mainland will be able to board the Flotta Lass at Houton (launch slip) at 6:15 with a return sailing at 10pm. The event is free.
images below: Gunnie Moberg 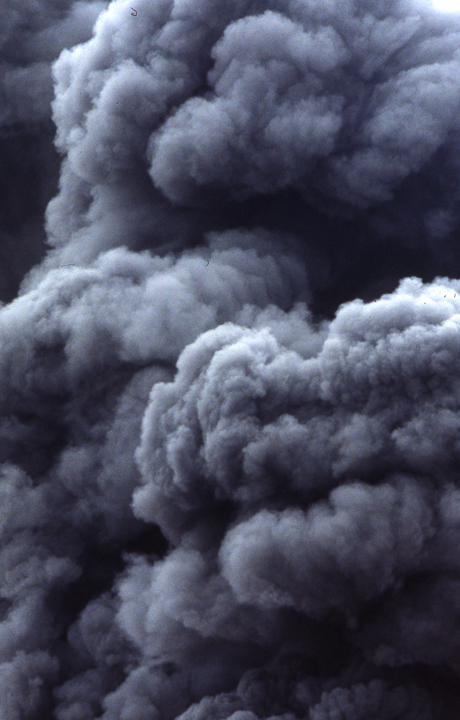 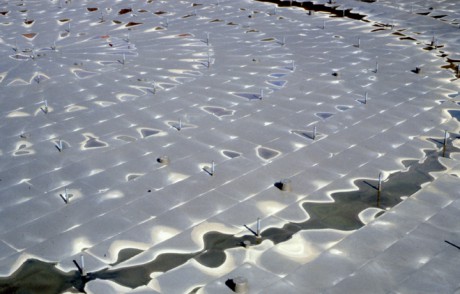 The image above of an oil tank is published in Orkney Pictures & Poems (1996). In this book poet George Mackay Brown wrote to the photographs, propping a picture up until a poem came. Gunnie Moberg wrote that her photographs of Flotta oil terminal challenged the artist:

We had worked together before on books but it was always me illustrating George’s text (apart from the book Stone where we worked on a subject together), now he was writing about my pictures.  I used to worry about the more abstract ones but no,  ‘what is it my dear?’ and once I had explained, no problem.

The only picture George objected to was inside of an oil tank, ‘I don’t think I have anything to say about that’.

The image is paired with one of a peat bank followed on the next page by an image of two figures emerging from the smoke. The fire fighters echo Tom Kent’s kelp workers swirled around by reek. Opposite sits the poem George wrote about Flotta ‘New Fires, Old Fires..’