‘White’ is the latest mini exhibition at Orkney Library and Archive.

To match the winter season we have selected Gunnie Moberg photographs with a white element. Susanna of Skumpitoft lifts back the white net curtains of her home in Sanday, Faroe to greet Gunnie. The foaming white sea at Skail creates a veil of white lace beside a frosted Skara Brae. In Shetland, possibly the west side of the parish of Northmavine, a white boulder creates the base for a sea marker, a land based sign for those at sea. The white head of a grey seal pup is sea-smoothed in a dark pool, while the white hair of the filmmaker and poet Margaret Tait is wind-blown against a blue-black background. 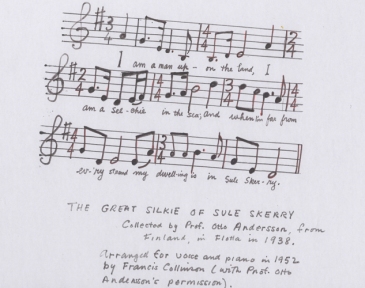 Left: image: Gunnie Moberg’s photograph of a young seal. Right: ‘The Great Silkie of Sule Skerry’. Written in 1938 by Professor Otto Andersson, arranged for voice & piano in 1952 by Frances Collinson. From the papers of Ernest Walker Marwick. Ref: D31/2/4 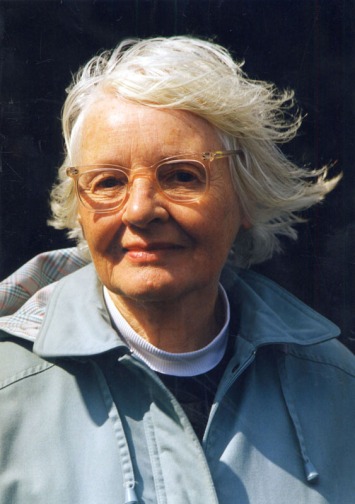 To compliment the exhibition we have delved in to the Orkney Archives and the books held in the Orkney Room and looked for documents that hold something in common with the photographs. The connections are sometimes visual and sometime literal. These matches have been chosen by Sarah Nicol, Gallery & Museum Intern with the Pier Arts Centre and Orkney Museums. Sarah has worked on the selection and mounting of this exhibition as part of her internship. 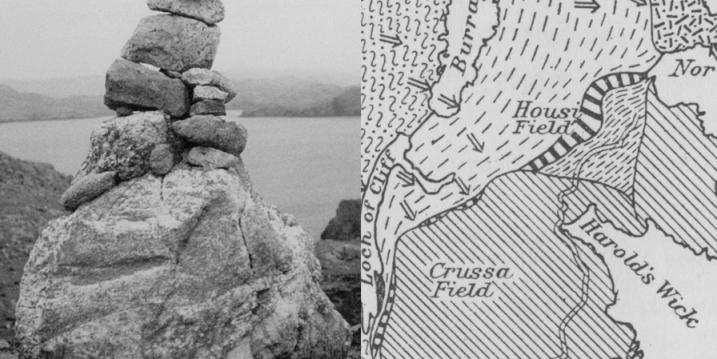 The exhibition will run until 9 January and is situated on the wavy wall on the left hand side of the main library room.

The opening hours are 9.15am to 5pm with late night opening on Mondays and Thursdays to 7pm. Closed Sundays.

Christmas opening times: closing on 24 December at 3pm and re-opening on Friday 3 January. 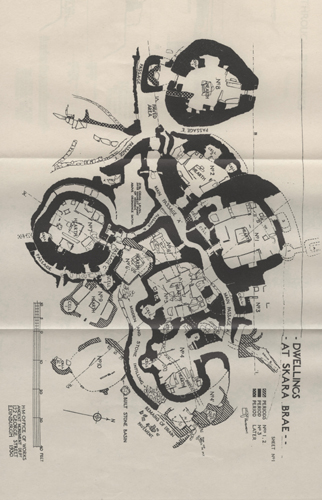 One thought on “White”